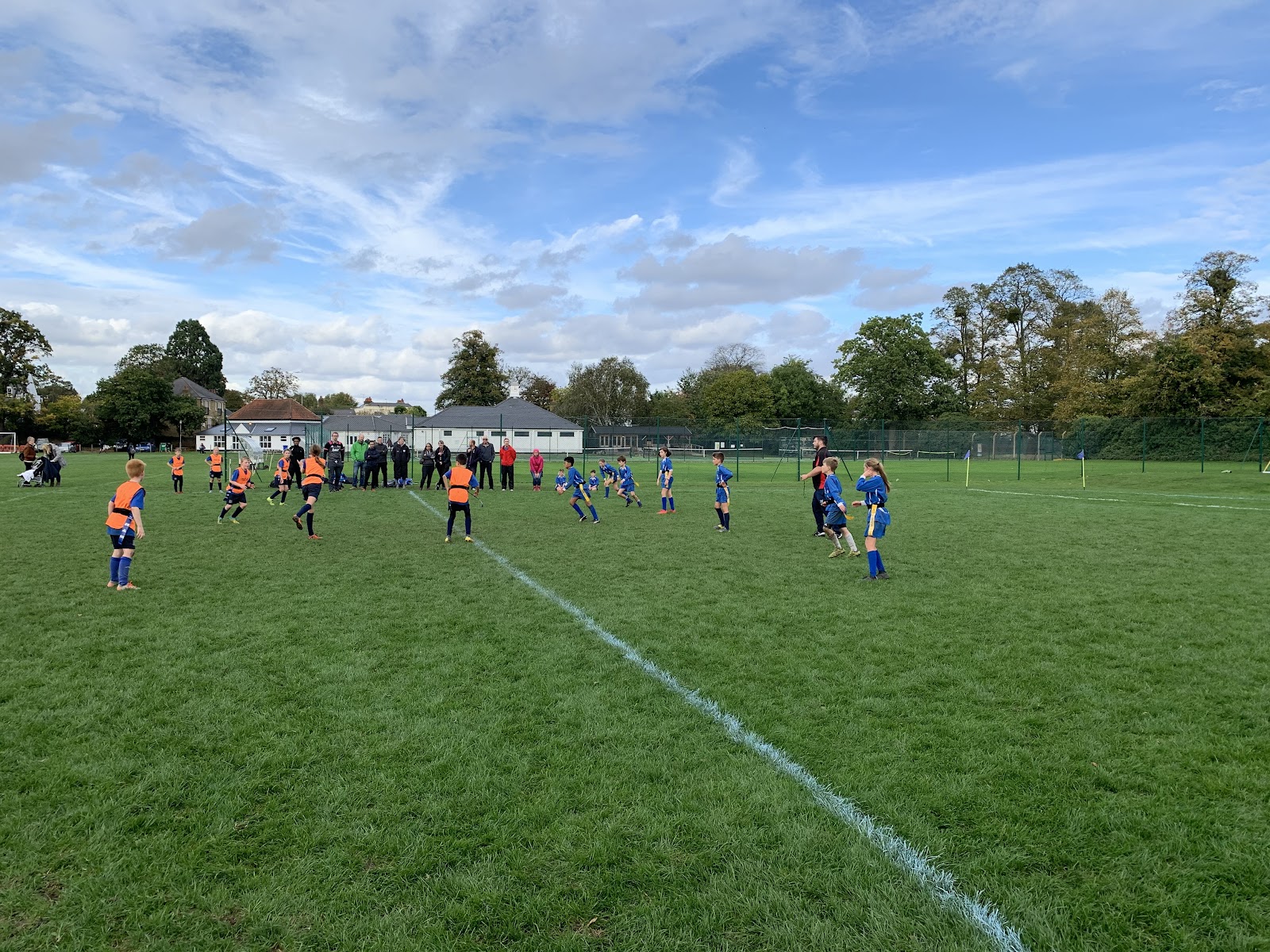 When we first turned up to the well laid out pitches of NPL, there were teachers who had obviously managed to persuade pupils to be dropped to school early to beat the rush and get the last greasing of the machine, I can imagine at most their parents’ relief! The most noticeable, however, was Stanley School. The players had taken the reigns, showing a true level of player-led coaching, it reminded me of France in the 2015 World Cup where they took charge of the team following a poor show in the first few rounds of the group stages. One of the players was reciting the rules to the rest of the group, whilst another was talking through the plays they were going to run and who needed to be where once a tackle had been made to get them down to the opposite end of the field to score a try! This was the first point that we realised, no need to worry about the teachers, these players knew the rules inside out and our referees would have to be on their A-game!

The tournament kicked off at 9.45 am! Games were 10 minutes one way (no half time). There was ferocity in the air. Players calling “TAG” after a tackle was made, “LINE ON ME” to arrange the defensive wall and stop the attackers from breaking through! Coaches and parents bellowing on the sidelines in the hope that their teams would come out victorious!

After a morning of games, there was a break welcomed by the referees so that the scores could be updated and teams could be seeded into the Plate and Cup Competitions. The teams fought throughout the rest of the afternoon with games getting tenser, all players, teachers and parents knowing exactly what is at stake…

There was a break following the second bout of fixtures, this one shorter, but still as welcome to all of the referees so that to catch their breath before the semi-finals of the Plate and Cup. With the increased amount of pressure and borough bragging rights on the cards, the teams and referees knew if they made mistakes it could cost them the tournament. Four games kicked off simultaneously, the end result leaving 4 schools left for the plate and Cup final. St Mary’s to play St Mary’s and St Peters in the Plate and St James were to play East Sheen in the Cup.

After a hard-fought game and after the full allocated time, this time 5 minutes each way, with a 2 minute half time to gather thoughts and refuel after full-time St James came out on top with a 6-3 win. It was only after the game we were informed it was a repeat of last years final where St James lost narrowly! On the other pitch for the plate final, it was well past the full-time mark and the teams were still playing, they were at deadlock! After a brilliant defensive effort by both teams we were well into extra time, it was set of 6 attacks after the set of six attacks but no team was able to get over the white line to seal the victory. Extra time ended and the teams went into ‘golden try’. Through all their efforts in attack and the defensive organisation to keep the wall to their castle up, still, no team were able to get over the whitewash! The game ended after all the extra time allowed by the rules and the event organisers at Richmond Borough had to go to try’s scored on the day, where St Mary’s & St Peters came runner up with St Mary’s coming out the victors!

The organiser of the event, Lizzy Roberts said “Thank you to Lions Sports Academy who supported the Richmond Borough Primary Schools Tag Rugby Tournament by refereeing all the matches on the day. It was a great day of Rugby, thank you to all the staff who came along to support the event.”.